Please be sure the products you purchase are real Holman & Moody items.

There are a few people selling fake and poorly made copies of our decals and products on Ebay.
Most of the new Holman & Moody decals, flags and such, being sold on Ebay are fakes.
If you respect the history and quality of Holman & Moody products,
please buy those items directly from Holman & Moody.

We thank you for supporting our perfomance products and history for the last 65 years!

Offering the best in Ford performance.

A number of new model diecast
trucks and cars are being made with our logos.
Acme has produced the ramp truck, FX Mustang,
tandem trailer and shop tools all in 1/18th scale.

The Holman & Moody 1/24th scale M2 FX drag Mustangs are in stock and ready to ship.

We have a very large collection of diecast cars, race cars, trucks, planes, and trains.
The collection has a large number of items that have been sold out for years.
Every type of Shelby Mustang & Cobras, Trans AM Cars,
Limited addition Shelby Club cars and NASCAR cars as well.
If your collection is missing an item, there is a good chance we will have one for sale.

Please call us at 704 583 2888 to place an order.
Our cast aluminum valve covers are made in America.
This has become a problem because our cost for the valve covers have gone up 250% in the last two years.
After these are sold, we will have to change the design or make the parts over seas.
Holman & Moody wants to only make the best quality parts,
but the customer has to be able to afford the products we make.

The Holman & Moody Mark II Roadster is on display at or shop in Charlotte
Please call 704 583 2888 to get more information. 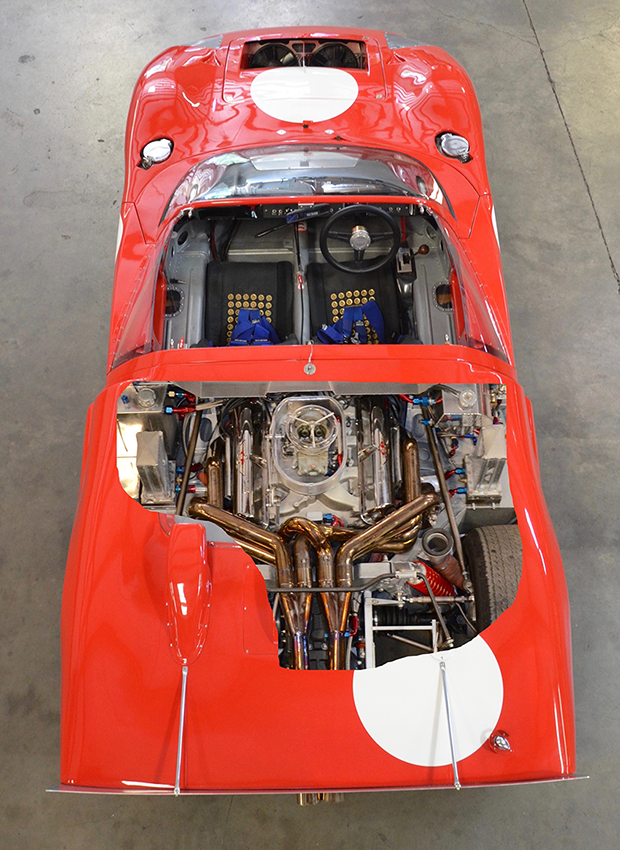 We would be happy to special order any of their products for you.

In 1968 and 1969 Holman & Moody won the championship in NASCAR with David Pearson driving for the team.